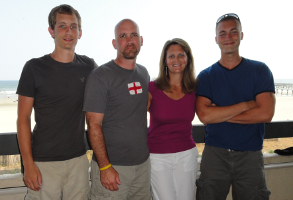 Pastor Mark was born in 1966 and raised near Staunton, Virginia. He graduated from Cedarville University in June 1988 with a BA in Business Management. Mark married his best friend Valerie in Sept. 1988 and they moved to Winston-Salem. Mark owned and operated a landscaping & irrigation company for ten years until God moved the Reeds to Rosemont in Sept. 2002 for Mark to serve as our Pastor. In addition to his pastoral duties Mark enjoys playing golf and basketball, hunting, and reading Christian biographies. Valerie has worked as a teacher and librarian at Salem Baptist Christian School in Winston-Salem for 17 years. Mark and Valerie have two grown sons: Joshua, a 2nd Lt. in the Army, and Nathan, a graduate student in Marine Biology at Texas A&M University. 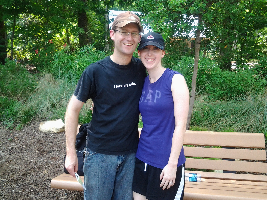 Pastor Kevin graduated in 2007 with a BA in Pastoral Studies and earned his Master of Divinity degree in 2011. He married his wife Joy in 2008 and after seminary they moved to Winston Salem from Pensacola, Florida. After finding Rosemont Baptist Church they joined the church in 2011 and two years later the congregation approved Kevin as their first lay elder. Kevin enjoys computers, building websites, drinking coffee, and spending time with his wife. Joy was born and raised in Gray, Tennessee and enjoys her job caring for residents as a Certified Nursing Assistant at a retirement community in Winston Salem.